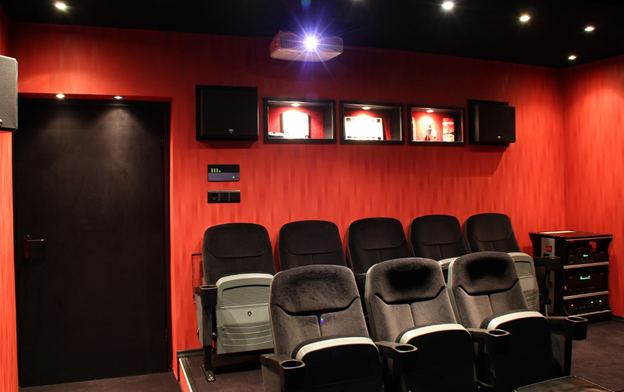 4 Reasons to Turn your Basement into a Home Theater

The basement is one of the most versatile spaces of a house. There is a lot that a person can do with their basement. From turning it into a game room to making it a reader’s sanctuary, when it comes to remodeling the basement, options are endless. But out of all the spaces that you can create in your basement, a home theater is probably the most fitting. Some may argue that it’s a groundless generalization; however, it’s not. Turning a basement into in-home cinema is a wise choice because the underground space in a house offers many natural advantages to a room that’s going to be filled with so much sound. Aside from that, and underground cinema offers much more privacy than any other place in a home. In other words, the basement has immense potential to be a home theater.

If you need more convincing, then here are four reasons why you should turn your basement into a home theater.

Typically, the basement in a house has concrete walls, which naturally act as a barrier between the inside and the outside world and stops all kinds of sounds from leaving the underground premises. Also, the floor in a basement is concrete, which doesn’t transmit vibrations. However, if you wish to add that ‘live’ appeal, you can install wood flooring and enjoy the sensation of sound under your feet.

Since the basement is-well under the ground, there isn’t a lot of light in it. So, you get to easily darken the room and create the perfect ambiance for movies. You can watch the most horror films in a fully dark room and scream your tonsils out all you want without having to worry about waking up the neighbors or anyone else in the house.

Going to the movies is fun, but only after the film starts and sometimes not even then if chatty filmgoers end up beside you. And even if that doesn’t happen, the pre-film hassle can be pretty annoying to spoil the outing. Standing in long queues to get the tickets, racing to get the popcorn that can be super soggy, and not getting the desired seats are all aspects of going to the movies that can kill the mood. But with a home theater, you can surpass all troubles of being at a public place and enjoy private screenings all the time.

Another significant aspect of having a home theater is that you can watch whichever movie or show you want to without having to choose from only four to five films. Moreover, if you feel nostalgic, you can also watch really old classics in your home theater and bawl your eyes out (if you want to) without fear of judgment from the other viewers. Such freedom is what everyone needs to have in their life.

Instead of going out for entertainment, bring entertainment home by turning your basement in a home theater. But be sure to do the job right to make sure you get the best experience.

Use our form to estimate the initial cost of basement finishing.